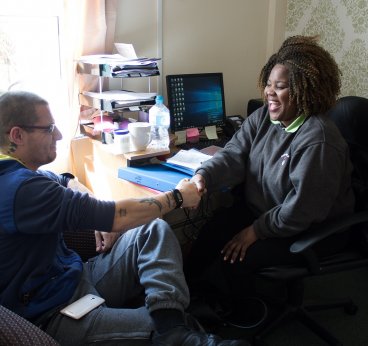 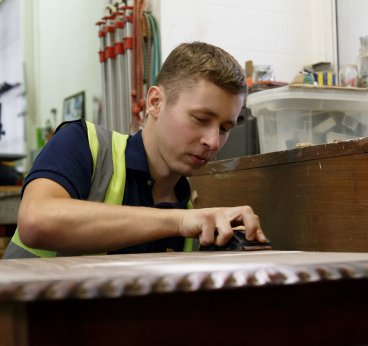 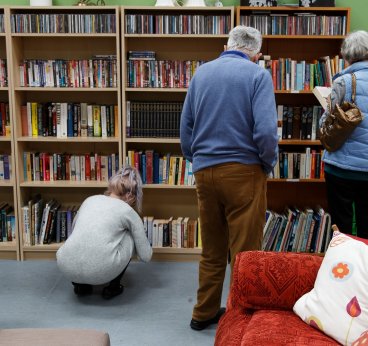 Celebrating 30 years of Emmaus in the UK.

This year marks the 30th anniversary of Emmaus in the UK.
Starting in Cambridge in 1991, we now have Emmaus communities across the UK supporting people who have experienced homelessness and social exclusion. Each community is different and individual, but at their core they all offer a home, support and meaningful work in a social enterprise to help people who have experienced homelessness.
It’s a great achievement to be marking 30 years of making a difference in people’s lives. However, celebrating in a pandemic means we’ll be doing things a little differently.
We will be reflecting on what we’ve achieved in the past three decades and celebrating the difference Emmaus has made. We’ll be sharing the stories of 30 people supported by Emmaus throughout the years and 30 activities Emmaus communities are currently taking part in to help as many people as possible.
Although we can’t get together, the most important thing is to celebrate with everyone that has helped make Emmaus what it is today. We couldn’t have reached our 30th anniversary without the hard work of companions, volunteers, trustees, and staff, or the generosity and kindness of our supporters.

The history of Emmaus started in France shortly after the Second World War, when homelessness was a big issue. The first Emmaus community was founded in 1949 by Father Henri-Antoine Grouès, better known as Abbé Pierre. He was an MP, Catholic priest, and former member of the French Resistance.
The first Emmaus companion was a man called Georges who came to Abbé Pierre after a failed suicide attempt. Georges was released after 20 years in prison to find his family unable to cope with his return home. Georges lived with Abbé Pierre, helping him to build temporary homes for those in need.
In 1951, Abbé Pierre resigned as an MP to devote himself to fighting homelessness and poverty. He was now supporting Georges and 18 other men, but without his salary he could not pay them. He began touring the smart restaurants of Paris asking for donations. When the companions found out about this they were outraged, feeling that begging compromised their self-respect. To raise money, they became “rag pickers”, collecting things that people no longer wanted and selling them on. This was the start of the first Emmaus social enterprise.

In the 1950s, British student Selwyn Image worked at Emmaus in Paris while trying to brush up his French for a language exam. 30 years later, Selwyn was a businessman working in Cambridge and volunteering at a soup and sandwich shelter in the city.
He was keen to find out what he could do to help. In one particular conversation, he remembered his work experience at Emmaus. Selwyn was talking to a homeless man who shot down every idea he had. The man explained, “I want somewhere where I can work, where I feel I belong, and where I can recover my self-respect.”
Remembering how Emmaus communities offered a home, support, and work in a social enterprise to people in France, Selwyn contacted Abbé Pierre who agree to help open an Emmaus community in the UK. In 1991 Emmaus Cambridge opened as the first Emmaus community in the UK.
When Emmaus Cambridge had made back the money provided by Abbé Pierre, Selwyn tried to repay him. However, Abbé Pierre suggested Selwyn paid the funds forward and use them to open another Emmaus community in the UK. In 1993 the second community, Emmaus Coventry & Warwickshire, opened.
Since then Emmaus has grown quickly. There are now 28 communities stretching from Glasgow to Dover, supporting more than 850 companions. The UK is now the largest Emmaus movement outside of France and continues to grow with a further five groups currently working to establish new communities.

As part of our 30th birthday celebrations, we asked companions across the UK to use their creativity to show us what Emmaus means to them.

We will be sharing 30 Emmaus stories over 30 weeks, celebrating the difference Emmaus has made over the years.

Selwyn Image, who founded Emmaus in the UK, has awarded a Founders’ Medal to volunteers who have made an outstanding contribution to Emmaus in the UK in the past 30 years.