History of our Site

Did you know that our community house was previously the nurses’ home for Cell Barnes hospital?

Our community house in Hill End, St Albans, is now home to up to 39 companions, all of whom have experienced homelessness or have been at risk of homelessness. Our companions each have their own bedroom, and enjoy community meals and socialise together in our communal areas.

But did you know that before we opened the doors of our community house to people who have experienced homelessness, it was once home to the nurses working at Cell Barnes hospital?

Following the closure of Cell Barnes in the 1990s, the planning authorities of St Albans City and District Council approved the redevelopment of the site with nearly 700 new housing units on the condition that 60 acres be set aside as public open space. This public space, Highfield Park, is now looked after by Highfield Park Trust, and the team of staff and trustees have kindly shared the following information with us about the site. 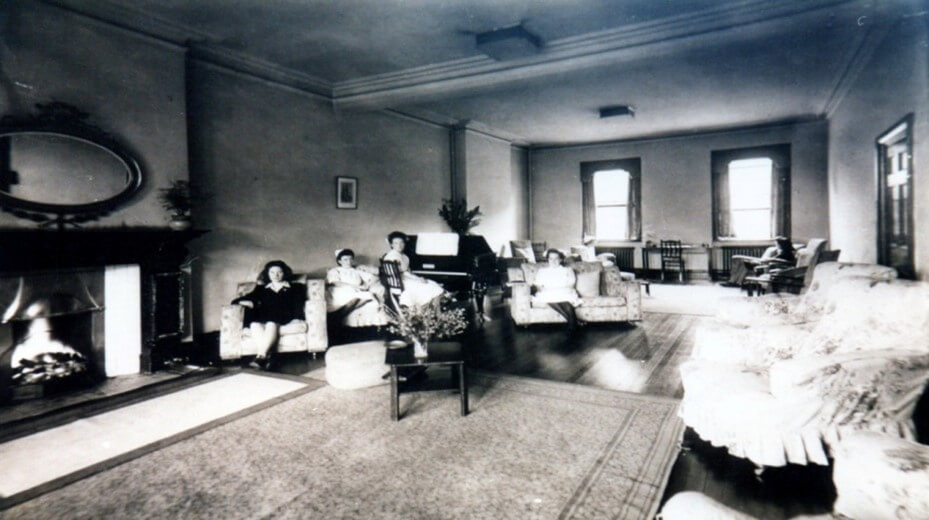 In the 1920’s 82 acres of Cell Barnes, belonging to the Earl of Verulam, were purchased by Hertfordshire County Council who then built a “colony for mental defectives”, not words we would use today.  The Colony eventually became Cell Barnes Hospital, openeing on 5th October 1933, to “provide accommodation for the treatment, care and training of persons who had found life in the community too complex and arduous due to incomplete or limited mental development”.

The Great Cell Barnes farmhouse was extended and converted and used as a nurses’ home with some original features preserved.  There were two lodges – East and West – at the main gates of the hospital.  Originally the two entrances were for girls at West Lodge and for boys at East Lodge.

Additional building work occurred in the hospital over the years to accommodate staff and for administration, training and recreational centres. The layout had the appearance of a small town rather than a hospital, with flats and villas, recreation hall, flower beds and lawns.

The layout of grounds was done by the Head Gardener – George Dollimore – with the Victorian Gardens close to the great house preserved with their formal rose gardens, lake and stables plus magnificent fir trees. In keeping with the thinking of the time, a thriving farm was managed in the colony grounds growing various crops and where cows, pigs and poultry were reared. Patients helped on the farm and in the gardens but, in compliance with government policy, the farm was closed in 1965. As health care priorities changed and resources became stretched, the ability to maintain the high standard of the gardens became more difficult and the pond became overgrown.

During World War II Cell Barnes became an Emergency Medical Scheme Hospital. St Bartholomew’s in London took over two wards for physically ill and accident cases and the Occupational Therapy Department was used as a dormitory for their staff.  The Government also requisitioned Hill End hospital as the base hospital for the Bart’s sector which arrived in 1939 and finally departed in 1961.  There were many important medical advances made during this period, such as the early introduction of penicillin and plastic and reconstructive surgery.

As with Hill End Hospital, changes in the treatment of the mentally ill resulted in the inevitable closure of the Cell Barnes Hospital. There was a planning agreement for new housing and regeneration of 60 acres of public open space across both hospital sites when the hospital eventually closed.  Virtually every hospital building was demolished, except the still functioning nurses’ home – now home to Emmaus Hertfordshire,  the Nurses’ Training Centre (now the Birch Centre and occupied by the Ladybird’s Nursery), a small occupational Therapy Unit (Rowan House and occupied by LKP), and West Lodge.  The Pill Packing Unit (PPAS) is now the Highfield Lane Day Nursery School.