Emmaus Hertfordshire companion invited to lunch with Her Royal Highness, the Duchess of Cornwall

Mike Bunyan, a companion here at Emmaus Hertfordshire, has attended a celebration lunch hosted by Her Royal Highness, The Duchess of Cornwall at Clarence House to talk about his experiences of homelessness and how Emmaus has helped him to rebuild his life.

On Wednesday 10th November Mike attended the lunch to celebrate thirty years since Emmaus was established in the UK. Her Royal Highness, The Duchess of Cornwall, is Patron of Emmaus UK.

The Duchess of Cornwall spoke to Mike and other formerly homeless people supported by Emmaus communities around the country about their experiences, and how Emmaus has helped them to rebuild their lives. 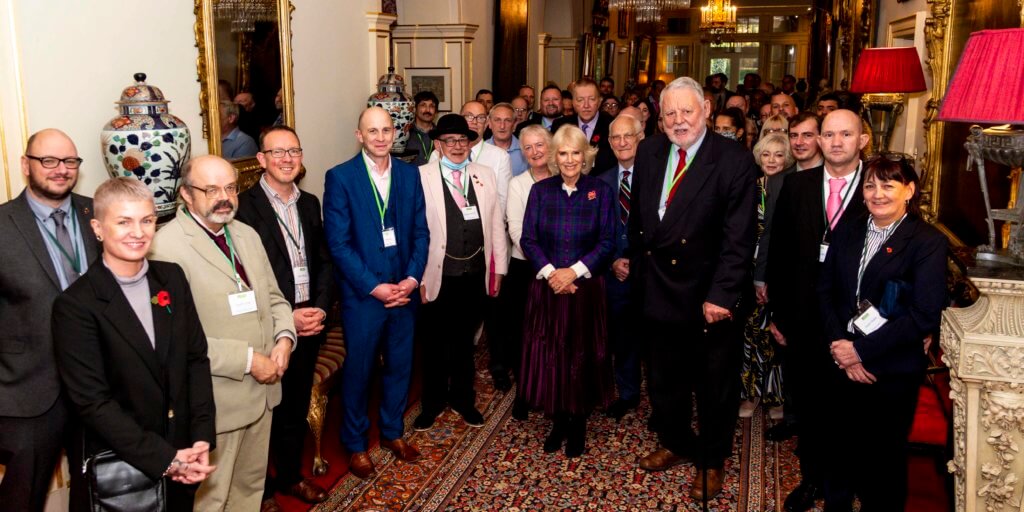 The event was part of Emmaus’ 30th anniversary celebrations, reflecting on what the charity has achieved in the past three decades. Emmaus was brought to the UK from France in 1991, and there are now 29 communities, supporting more than 850 formerly homeless people by providing them with a safe home for as long as is needed, training, tailored support and meaningful work in a social enterprise.

Emmaus Hertfordshire first started supporting homeless people in 2002, and our community house in St Albans is now home to up to 39 formerly homeless people.

Mike joined Emmaus Hertfordshire, based in St Albans, in 2016 after being homeless for two years.

During his time at Emmaus, Mike has found the space and stability he needs to start rebuilding his life. Like all companions living at Emmaus Hertfordshire, Mike works within the charity’s social enterprises, where he has received training to upcycle donated furniture which is then sold in the charity’s shops in St Albans, Tring, Hemel Hempstead and online.

Mike said: “It was brilliant to attend this event at Clarence House last week and meet Her Royal Highness. It was great to see her chatting to everyone in such a relaxed way, and to meet other people from Emmaus communities around the UK.”