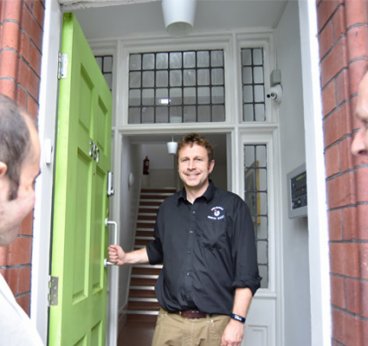 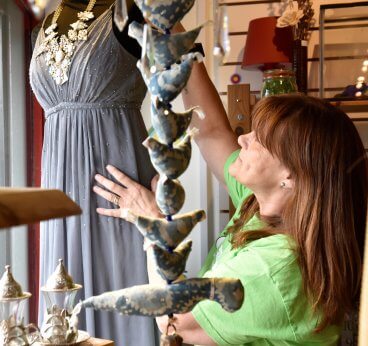 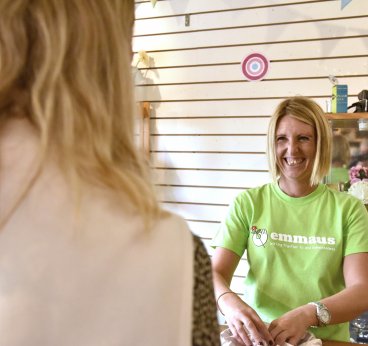 "The good thing about Emmaus is you've got the time and the help there as long as you're prepared to put the effort in."

“I’ve been homeless on and off since I was 19. I was born in Leeds but grew up in Portsmouth. When I was 17 my mum and I moved back to Leeds, but I didn’t get on with her new boyfriend, so she kicked me out a couple of year later. I bounced around the country for a few years – working, not working, homeless, not homeless – then in 2004 I landed in Sheffield and liked it, so I stayed.

“I managed to get a flat through a housing project and found a job with a company that ran zero-hour contracts; they’d call twenty people in to work and the first ten that turned up got to work and the rest were sent home. I lived on the other side of the city so never stood a chance. In the end I packed that in and went to sign on, but they wouldn’t let me because they said I’d made myself unemployed by giving up my job. Even though I explained the situation it didn’t matter, it was at the time that all the benefits were being cut.  Eventually I built up several months’ rent arrears and was evicted.

“After becoming homeless again, life was very hard for the first 6 months because I was just wandering the streets. Eventually I found a day centre which mainly helped people with mental health issues. They had a workshop underneath which ran a small business making boxes for recovering addicts to keep their medication in, so their children couldn’t get to it. I worked there on weekdays and got free meals. Without a doubt, having a routine helped. Without it I don’t know where I would have ended up.

“I was there from 10-4 each day, then at night I’d get out of the city centre and sleep in a local heritage centre. They found out at one point but were as good as gold, they even put a cable in, so I could charge my phone. I’d wake up at around five or half five to be out the way for when they opened, then I couldn’t get back in until gone eight because they had night classes in the evening. One thing you have a lot of when you’re homeless is time and I had to do a lot of walking because people notice you as soon as you sit still.

“I tried hard not to look homeless, so people used to treat me alright, I kept myself clean and didn’t used to beg. Where I was sleeping was quite a well-to-do area and I noticed a few times when I was feeling a bit down and didn’t keep up with myself I’d be getting looks.  I’d go and get cleaned up and a week later the same people would be calling ‘Morning!’. I kept out the cliques and the drug gangs so really most of the grief I got was from other homeless people.

“One year we had a really cold winter, so I had to move into the city centre where it’s a few degrees warmer. The day centre where I worked found me sleeping in their carpark and if it hadn’t been for the workshop manager I probably would have been barred. He helped me find Emmaus.

“After staying at Emmaus Sheffield for a few years I heard that Emmaus North East had opened so I thought I’d come across and have a look and decided to stay. Emmaus is for people who are homeless for whatever reason. It’s somewhere you can go to work, you’ve got somewhere to live, you’re helping other people; it’s a place you can get yourself back on your feet and the people here will help you do that.

“Whilst I was at Emmaus Sheffield they paid for me to do a training course to become a service engineer to repair white goods. I’m fully qualified now, I just need a driving license then I can get a job with a manufacturer or a second-hand goods shop. I’ve started my driving lessons and they’re going well so far! The Companion Training Fund from Emmaus UK paid for the first batch and Emmaus North East have paid for the second. Once I have my driving license I can drive a van carrying spare parts and tools and begin working. Eventually I’d like to have my own repair business.

“In the past I’ve made plans and haven’t had A, B or C in place but expected D to popup, so now I’m concentrating on one thing at a time and then everything will be ready, rather than letting myself get disappointed or disillusioned. The good thing about Emmaus is you’ve got the time and the help there as long as you’re prepared to put the effort in.”